Nessie T. the mother of invention. 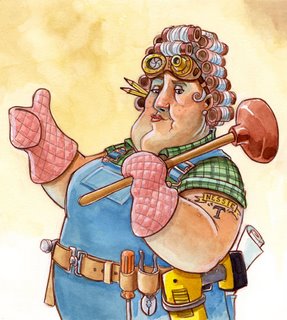 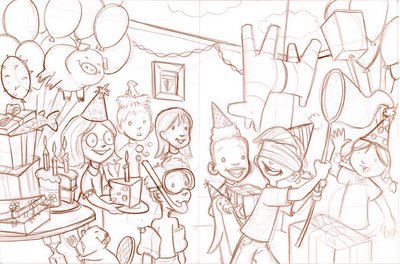 This is a little sketch I did for a job that, unfortunately, got cancelled. I thought you might enjoy it. See if you can find all of the things that are not right in this picture. Hours of fun!
Posted by Kactiguy at 10:37 AM 13 comments: 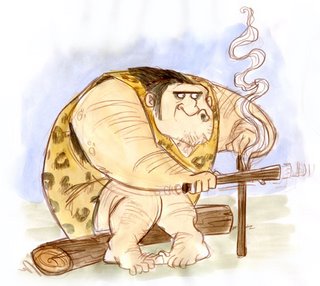 Before fire was discovered there was smoke. This is more of a study than a final piece. Pretty sketchy and unfinished. I was going to do a nice tight painting but, work kinda got in the way. Anyway, something is better than nothing. Enjoy
Posted by Kactiguy at 8:25 PM 19 comments: 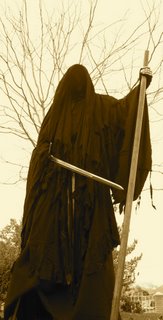 I was watching tv the other day and they were asking for photos of cool home made costumes. I happened to have my photo files opened at the time so I selected a few and sent them in. I thought they wanted them to show during the program. A few days later I got an email saying that I won a costume contest and they wanted me to come and appear on the show. What are the chances? This is a photo of the costume. My wife and I made it a few years ago. It has many layers of black and I stand on stilts to make me taller. I get some great looks from the kids who are trick or treating. Click here if you want to see the video.
Posted by Kactiguy at 4:17 PM 9 comments: